Conference sets ambitious attendance goal…and it might hit it. 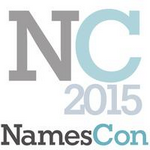 The inaugural NamesCon domain name conference happened just two months ago, but organizers are already planning a repeat in 2015.

The event will take place Jan 11-14, 2015 at the Tropicana in Las Vegas. It will include an additional day of conference programming and networking.

Conference organizers also say they are adding additional conference space at the Tropicana hotel in Las Vegas. I guess that means it won’t be right next to a lingerie show.

But the more interesting thing coming out of NamesCon is its aggressive goal for attendees next year. It expects to host 800 to 1,000 people, which would make it the biggest domain conference ever that was organized by people from the domain investor side. (We’ll call ICANN a policy-based event.)

Although it’s an ambitious goal, the conference blew past its 400 person goal last year and ended up expanding conference space to accommodate more people. Depending on where the new TLD program is next January the conference might hit four figures.

Miss any NamesCon sessions? Check out the Trends Report.