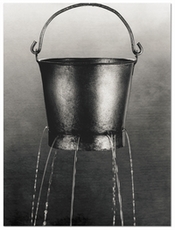 One of the challenges of registering a domain under a top level domain that’s not dominant in the location of most of your website visitors is confusion.

In the U.S., that means choosing a domain other than .com.

In the Czech Republic, that means choosing a domain other than .cz.

Whatever the dominant TLD is in a country, opting for another extensions leads to confusion.

That’s been the case for over a decade, and it’s still the case today in 2014.

Let me give you an example from about a decade ago:

A U.S. state owned a .org domain name that they promoted to their residents. I owned the matching .com. As a result, I consistently received traffic to my .com that’s intended for the state’s .org.

Many residents of that state even sent email to me through the .com.

About a decade ago, when the state was heavily promoting its website, it decided to robocall its residents to promote the site. It told them to go to the .org, but guess what? Many of them came to .com.

I found out about these robocalls because one night I got a couple angry emails and a phone call. The people accused me of robocalling them. The guy who called me thought I had been sending the robocalls and pretending to be the state agency.

Keep in mind this person who called was sophisticated enough to look up my phone number in whois. But he still got confused when he heard .org and typed in .com instead.

Fast forward to today. What happened with Healthcare.gov got lots of press over the past few months?

As of today, in countries where there’s a dominant TLD, there’s leakage to the dominant TLD.

This is relevant in the wake of hundreds of new TLDs. People get confused. It’s part of the reason I see some .com domain names getting a lot more traffic in the next few years.

Anyone who owns a decent portfolio of .com domains has experienced this same confusion, and I doubt they’d argue otherwise.

The question looking forward is if that confusion will dissipate.

When I visited Australia about a year and half ago, I couldn’t really tell which TLD was dominant. There were lots of ads for .com.au. There were lots for .com. Maybe one is statistically dominant, but from my two weeks there I didn’t notice one. So if I lived in Australia, I’d probably pay closer attention to the TLD.

Will people start paying closer attention to the TLD in the future? How long will it be until they do? 1 year? 5? 10?

If you choose to start a site on a non-dominant TLD, you have to be prepared for some traffic leakage.

Which leads to another question: how big of a deal is it if your domain leaks to another?

This depends a lot on the type of visitors you attract, how they discover your site, and how the matching dominant TLD is used.

There are some sites that attract sophisticated internet users, primarily via search or RSS. It’s probably not a big deal if they accidentally go to another domain. They’ll end up finding the right site.

It’s a bigger deal for commerce sites, sites that get lots of traffic by word-of-mouth or people typing in the domain, and those with a less sophisticated user base. It’s an even bigger deal if the domain they leak traffic to is similar or takes advantage of the users in some way.

Whether leakage will continue and for how long is open to debate. But today it exists, and businesses need to take this into consideration.

.Buzz domain names to be featured on Wheel of Fortune

This week’s new TLDs: .Space, Google’s .How and .RIP