Which top level domain name is better, .guru or .ninja? 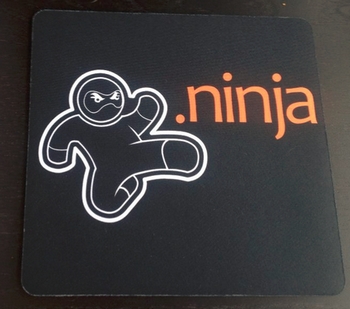 The runaway winner so far in new top level domain name launches is .guru. There are now over 30,000 .guru domain names registered.

In my mind, .guru is similar to .ninja as many people use the underlying terms the same way.

So which is better, .guru or .ninja?

It will be difficult to measure the two by registrations to figure out which one “wins” this battle. They’re coming out at different times and may come out with different price points.

But my money is on .guru. Guru is more universal, while ninja is more commonly used in techie circles.

And while both are trendy, ninja may well go the way of the “rock star” coder, a common term ten years ago, although that was used more to describe other people (while many techies refer to themselves as Ninjas).

There could be some sleepers here. Maybe there’s a big market for actual ninjas. Maybe martial arts students will flock to the domain. And hey, techies get domain names. We’ll just have to see.

From one standpoint, though, .ninja is already a winner: best accidentally sexualized swag ever (see photo above).