ICANN pretends other inconsistencies don’t exist so it can resolve two of the most embarrassing ones. 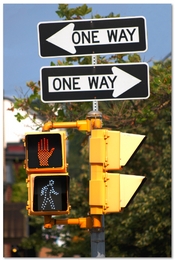 The plan would deal with two cases in which different panels came to different conclusions on objections filed against the same exact strings: .cam/.com and .cars/.car.

The inconsistencies in string confusion objections go way beyond this, but ICANN is playing a game of make believe. It’s pretending that the other inconsistencies don’t exist. It has rationalized them. It has deliberately set a definition of inconsistent that limits to just the two above mentioned cases, and therefore says that using this strict definition means that other cases are not inconsistent.

It admits it’s doing this in part because it took so long to react to the inconsistencies. It notes that ICANN and applicants have already acted based on other decisions, so it’s too late to change them.

Yet apparently it’s not too late to change .car/.cars and .cam/.com.

How this all came about

String confusion objections were noticeably inconsistent from the get-go. There are a number of reasons for the inconsistencies, not the least of which was a poorly written standard in the Applicant Guidebook.

As a result, these objections came down to just a matter of opinion of the single member panel assigned to each case. That’s how .通販 and .shop, two names that are in entirely different scripts and languages, and don’t even mean the same thing, were found too similar by one panelist. At the same time, another panelist found .购物, a Chinese translation of “shop” and .shop to not be too similar. Another found .hotel and .hotels to not be too similar.

Amazon.com filed reconsideration request with ICANN’s board regarding its adverse decision. Amazon pointed out the apparent inconsistency with the .购物 case in which TLDH prevailed against the same objector.

That’s where ICANN’s rationalization of the issue was devised.

The real reason these two cases were decidedly differently is because they were heard by different panelists. Had the panelist in Amazon’s case (Robert Nau) heard TLDH’s case, TLDH would have lost. There’s really no doubt about this.

But this is inconvenient for ICANN, so its Board Governance Committee decided to instead say the issue was that TLDH did a better job defending its objection:

The fact that these two ICDR Panels evaluated potentially similar objections yet came to different conclusions does not mean that one Panel applied the wrong standard. On a procedural level, each expert Panel generally rests its determination on the materials presented to it by the parties to that particular objection, and the objector bears the burden of proof. Two Panels confronting nearly identical issues could rightfully reach different determinations, based on the strength of the materials presented. While Commercial Connect was the objector in both proceedings cited by Amazon, the objections were rebutted by different applicants. Thus, the Panels reached different determinations at least in part because the materials submitted by each applicant (Amazon and TLDH) in defense of its proposed string were different…

…The Panel therefore dismissed Commercial Connect’s objection not because it concluded that translations of essentially the same word are insufficient to cause string confusion – as Amazon suggests – but because TLDH presented convincing evidence that there was little likelihood of confusion between Commercial Connect’s Applied-for String and TLDH’s Applied-for String.

It’s utter bullshit when compared to .cam/.com and .car/.cars, but it was a convenient way for ICANN to decline Amazon’s reconsideration request.

In the same decision (pdf), ICANN asked staff to prepare a report on inconsistencies. The staff did so, and its response was that inconsistencies should be addressed, but only in two cases.

The proposal makes believe that these other obvious inconsistencies don’t exist, and instead focuses on just two cases. These are cases in which an objector filed against multiple applicants for the same string and the panels came to different conclusions.

Why is this an issue while Amazon.com’s case and others inconsistent determinations on singulars vs. plurals apparently aren’t?

The .cam/.com case is particularly amusing given ICANN’s excuse for dismissing Amazon.com’s reconsideration request compared to comments made by Rightside (Demand Media), the loser in .cam.

Verisign filed the objection against three applicants for .cam. It lost two cases, but prevailed against Rightside. Because .com is an existing TLD, this means Rightside’s application was effectively dead while the other two applicants could proceed.

The irony here is that before the case, Rightside made the exact argument ICANN made in dismissing the Amazon.com issue. It sent a letter to ICANN opposing consolidation of the .cam cases on the grounds that each applicant could make a different quality of response to the objections.

After Rightside lost and the others prevailed, presumably because its response wasn’t as good as the others (I joke), Rightside then called into question the fairness.

Now Rightside will get its day in court. Frankly, I think it should. But why shouldn’t Amazon and others? Why is ICANN giving Rightside another shot while dismissing Amazon’s issue on the grounds that it apparently didn’t offer a good enough response to its objection?

The .car/.cars case is also interesting. Google, applicant for .car, filed objections against three applicants for .cars. It lost two cases but won against DERcars.

This created a very unusual situation in which all four of the applications are involved in a contention set with each other unless and until DERcars backs out. How would that work in an auction of last resort? Would DERcars have to win two auctions? It became clear after researching this issue that ICANN hadn’t really thought this all the way through before it published its guidebook.

The reality of string confusion objections

The result of a string confusion was mostly dependent on panelist. It’s the truth, but it’s an awkward truth.

ICANN doesn’t want to admit it, and I understand why. It has been slow to respond, and doesn’t want to throw out the entire string confusion process and start over. Winning parties would be up in arms.

Although I do think the .cam and .cars cases should be reviewed, it’s unfortunate that other objectors and applicants got screwed.

The simple way to deal with this was to just invent a definition of inconsistent and simply make believe the other cases never happened.