A superhero rescue down under. 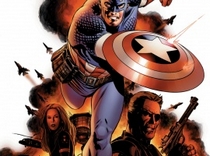 Disney has rescued a handful of its superheroes from an Australian artist.

Disney, along with its Pixar and Marvel divisions, filed a cybersquatting complaint against Australian James Kite for the domain names CaptainAmerica.com.au, Wolverine.com.au, Avengers.com.au, Pixar.com.au, and x-men.com.au.

Kite appears to be a cartoon artist and was forwarding some of the domain names to his personal site.

As soon as he received the dispute, Kite relented and consented to handing the domain names over to Disney. Thus, the panel didn’t have to consider the merits of the case. If it had, the result would have been the same: the domains would have been transferred to Disney.