Gucci wins a lot of domain names in a UDRP decision. 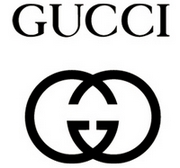 It’s one of the highest number of domain names I’ve seen transferred in a single UDRP, although there have certainly been larger cases.

The case was filed against Brian E. Nielsen of “Boise, New York”. There doesn’t appear to be a city of Boise in New York, and Gucci claimed the whois information was bogus. It also alleged that some of the domain names were used to sell competitors’ goods. Whomever actually owns the domain names did not bother to respond to the case.