Famous golf course to get control of StAndrews.com domain name. 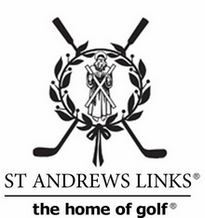 A World Intellectual Property Organization UDRP panelist has awarded the StAndrews.com domain name to St Andrews Links, one of the oldest golf courses in the world.

This was an interesting case because St Andrew is also the name of the town in which St Andrews Links is located, and also has several other uses. In fact, when I search Google for “St Andrews,” the first page of results has only one mention of golf, and it’s not related to St Andrews Links. The results include a local private school called St. Andrews as well as Catholic.org’s site about St. Andrew.

Panelist Nick J. Gardner addressed this issue at length, including in the issue or rights or legitimate interests in the name:

“St Andrews” is a Scottish place name and as such is clearly a term capable of having a number of meanings, for example in relation to the town itself, or other organizations associated with the town, for example the famous Scottish University of the same name located in the town. In such circumstances it may well be that there are other entities or organizations in existence which could claim rights or legitimate interests in that name. However, in the present case there is no evidence to suggest that the Respondent has any independent rights in the name. Indeed the evidence clearly indicates that the Domain Name was selected by the Respondent because of its association with the Complainant and as part of a plan to offer golf related products and services at a website associated with the Domain Name. A wealth of evidence has been filed showing the use the Respondent has made of the term, all of which is clearly intended to convey a reference to golf and the golf related business of the Complainant or its parent. By way of example (one amongst many) at one stage the title bar to the Respondent’s web page referred to ““St Andrews – The home of golf, golf packages, golf vouchers, golf gifts, golf products…”

You can still argue this isn’t targeted St Andrews Links specifically, and instead at the town. However, the domain owner did himself no favors by not responding to the complaint.

Gardner also discussed relative rights to “St Andrews” and the issue of laches in an additional section titled “Other Considerations”:

Two further matters merit discussion. As indicated above whilst the Panel concludes that the Respondent has no legitimate interest in the name “St Andrews” it may well be that there are other entities or organizations which could claim such an interest. Nothing in this Decision by this Panel should be taken to involve any determination as to the respective rights of the Complainant and any such entity.

Second, the Panel notes that the use complained of in this Complaint has been going on for a very considerable time, namely since 2003. The Panel has been furnished with no detail of whether or not such use has been the subject of earlier complaint of any type. As a general rule, previous UDRP panels have recognized that the doctrine or defense of laches as such does not apply under the UDRP, and that delay (by reference to the time of the relevant registration of the disputed domain name) in bringing a complaint does not of itself prevent a complainant from filing under the UDRP, or from being able to succeed under the UDRP, where a complainant can establish a case on the merits under the requisite three elements. There are however some circumstances where laches may be a relevant consideration, although these will inevitably be fact specific. In the present case, where the Respondent has not availed itself of the opportunity it has been provided with to submit a Response, the Panel declines to find that any relevant laches related issues need to be considered.