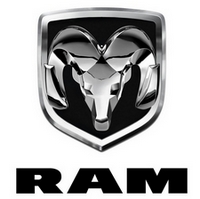 The government of India should be thrilled that .ram was applied for as a .brand, which will protect the domain from potentially offensive uses.

I’ve written before about hard headed governments and their challenges against particular top level domain names.

I was reminded of another such case today, thanks to the Government of India sending a letter (pdf) to ICANN reiterating its opposition to a couple strings.

The government is opposed to the delegation of .RAM. This is based on Lord Ram, a religious figure in Hinduism.

I certainly understand why the government would be sensitive to this. Until you know who is applying for it: Chrysler wants the domain name for its Ram brand of trucks.

That’s a perfect situation for India. Because it’s a .brand, Chrysler is going to be careful about not putting anything offensive on it.

A Business Standard article from June quotes a government official stating “What if someone registers a domain name such as www.sex.ram? It could create a lot of communal tension in the country.”

Indeed. Do you think Chrysler is going to set up a second level domain name sex.ram?

Much like no one has to worry about risk management company Intertek, which owns Ram.com, using that domain in a way that’s offensive.