Some generic domain extensions will need to create a brand to be successful. 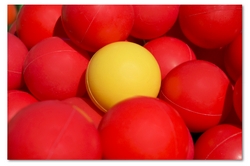 Over a thousand new top level domain names are headed to the web, and hundreds of them will be open to the general public for registration.

A lot of them are generic in nature: .web, .site, .website…

Much like .info, you can register these domain names for any use. The domain names make sense and they aren’t limited to a niche.

But could a generic domain name become a brand of its own?

One that pops to mind is .xyz. In the case of .xyz, it has to become a brand on its own in order to succeed.

.xyz, on the other hand, has no connotation. At least not a positive one.

Whenever I talk to friends about new top level domain names and I throw out the example of .xyz, they give a really puzzled look. “Why would anyone register a .xyz domain name?”

It’s a fair question. There are two reasons I can think of. One would be if it’s dirt cheap. The other would be if it becomes the trendy thing to do.

After all, why on earth would anyone register a .io domain name? I don’t know, but it became trendy. Why would you leave letters out of your domain name? It started as a way to get a .com domain that wasn’t registered, but then it became (stupidly) trendy.

I can see someone registering a .web or .site domain because they can’t get the same name in .com. It sells itself as an alternative.

.xyz doesn’t. Which leads me to believe that some generic domains (and .xyz is the one that pops to front of mind) will have to spend greatly to try to create a meaning of their own.

This isn’t unprecedented. Even though .co has meaning, it spends a lot of money creating a brand around the name as well. Like advertising in the Super Bowl and at just about every startup conference on earth.

Of course, .co hasn’t been competing with the noise of hundreds of other extensions, either.