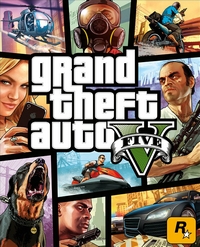 Take-Two Interactive, the creator of the wildly successful Grand Theft Auto video game series, has lost a dispute it filed against the domain name GTA.tv.

Take-Two has a trademark for GTA, but it was unable to persuade a World Intellectual Property Organization panel that the owner was trying to take advantage of Take-Two’s mark.

iCity Corp, which owns GTA.tv, argued that the unused domain stood for “Greater Toronto Area”. iCity is based in Toronto, and previously created websites about the city at gta411.com and gtanews.com.

The panel determined that iCity has rights or legitimate interests in the domain name, and that it didn’t register and use the domain name in bad faith.

Take-Two pointed out that iCity has a number of other domain names that seem like they might infringe on trademarks. iCity debunked most of the domain names’ similarities to trademarks. Regardless, the panel determined this was in no way a clear-cut case of cybersquatting:

The rationale of the Policy is to remedy clear cases of abusive domain name registrations. In order to maintain a balance in the system, UDRP panels are required to analyze whether the domain name owner has any rights or legitimate interests to said domain name, given the specific and very narrow nature of the Policy, and the problem it deals with. In the presence of rights or legitimate interests on the side of the Respondent, the controversy exceeds the scope of, and remedies available under the Policy.

In this case, the Respondent has demonstrated to the satisfaction of the Panel that the term GTA is used as a term related to a geographical location referring to the Greater Toronto Area, and that the inhabitants of said area use this term commonly.

This is the second UDRP the company has lost in as many months, suggesting that perhaps the tactics people use to win its video games are spill over into its intellectual property department.