You’ve heard of reverse domain name hijacking, but can you RDNH a top level domain name? 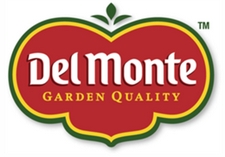 If you’re confused already, let me bring you up to speed.

DMI subsequently sued DMC to try to get the decision overturned. Although DMI is one of many companies upset over new top level domain objections, its lawsuit was weird in that it essentially pretended this was a UDRP dispute involving a second level domain name.

DMC responded by calling the lawsuit “ill-conceived” and asked that it be dismissed.

Now DMI, the applicant for .delmonte, has responded (pdf) to the motion to dismiss.

In its response, DMI states that what DMC has done by objecting to the .delmonte application is reverse domain name hijacking:

“Defendant’s sole purpose is to stop Plaintiff from registering the TLD, which constitutes a classic case of reverse domain name hijacking that courts in this circuit and elsewhere have rejected.”

DMI notes that DMC didn’t even request the application be transferred to it, and is just playing the role of spoiler. (Having an application transferred was not a possible remedy in a legal rights objection.)

DMI’s claim of reverse domain name hijacking is similar to some of the unique claims it made in its lawsuit, such as arguing that the “registrar” for .delmonte was ICANN.

DMI may have a legitimate beef with the legal rights objection, but I don’t think the approach it is taking to overturn the decision will withstand legal scrutiny.