Later in the evening Frank Schilling hosted a number of Domain Name Sales clients for dinner. At the dinner, Schilling explained his plans for world domination in the domain name business. In addition to the many new top level domain names he’s launching, he’s also ramping up his own domain name registrar.

This morning started with a breakfast, and now Adam Dicker is chatting with Michael Cyger of Domain Sherpa. The next panel will be about new top level domain names. 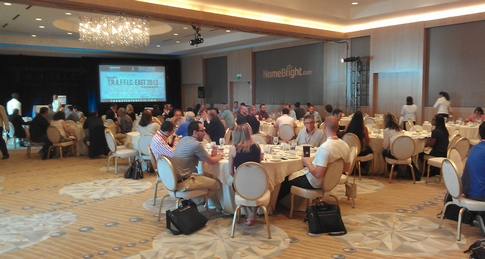 Above: Monday morning breakfast at TRAFFIC.