“Online Shopping” in Japanese is too similar to .shop in English, panelist rules. 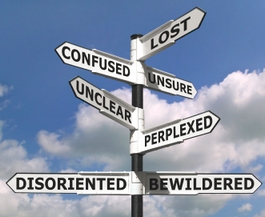 Some new top level domain name string confusions objection decisions have been baffling. A difference in opinion on .cam vs. .com. Plurals vs. Singulars.

But now string confusions have officially gone off the deep end.

A panelist has found that Amazon.com’s application for .通販, which is Japanese for “Online Shopping”, is too similar to .shop.

Commercial Connect, which applied for .shop, filed the objection.

In coming to his decision, panelist Robert Nau essentially went against what almost all other panels have determined when it comes to string confusion. He adopts a rather inclusive definition of what confusion means in top level domain names:

Generally speaking, “confusion” may include jumbled or disorganized thought. A person who is confused may have difficulty solving problems or tasks, especially those known to have been previously easy for the person, or the inability to recognize familiar objects or locations, and uncertainty about what is happening, intended, or required. Confusion may include the state of being unclear in one’s mind about something, or the mistaking of one person or thing for another, including the inability to differentiate between similar words. In the context of internet searches, confusion can arise if the user is unable to differentiate between top level domain names, and becomes unable to access information using a logical, organized thought process. A confused internet user will be unable to find his or her way around the domain in a definite or familiar manner.

Here’s how he applies it to this case:

The adopters of the applicable standard of review for string confusion hypothetically could have allowed an unlimited number of top level domain names using the same root, and simply differentiate them by numbers, e.g., .shop1, .shop2, .shop3, etc., or other modifiers, including pluralization, or other similar variations of a root word, or other modifiers before or after the root word. While that might allow for increased competition, as argued by Applicant, it would only lead to a greater level of confusion and uncertainty among average, reasonable Internet users. Accordingly, the Applicant’s argument that the concurrent use of a root word and its participle version in a string increases competition is not persuasive in this context, and is rejected.

By Nau’s logic I believe all string confusion objections might win.

The decision is also in direct contradiction with the decision reached in Commercial Connect’s case against Top Level Domain Holdings for .购物. That domain, which essentially means “shop” in Chinese, was found to be similar to .shop in meaning only and the objection was rejected.

Commercial Connect objected to just about every variation of .shop that was filed, and I suspect other panelists will not agree with Nau’s decision in this case.

It’s another blow to Amazon.com, which is already facing the likelihood that its application for .amazon will be killed thanks to Governmental Advisory Committee advice.

Amazon gets a win in .Amazon fight & IO found to have conflict of interest in case