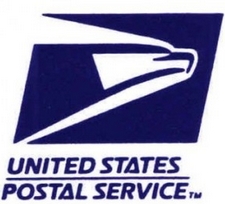 The USPS’ objection to all seven applications for .mail was one of the most head-scratching of all objections.

The objection was based on trademarks that include the word mail, primarily “U.S. Mail”.

The USPS does not have a trademark for “mail”, and that was the major stumbling block in its objection.

It tried to argue that, in the United States, “consumers will expect the .mail gTLD to originate from the United States Postal Service”. Given that domain names are global, it effectively argued that U.S. consumers’ association to the word mail was enough to block a global generic term. It tried to submit an after-the-fact survey proving the association with .mail, but the panel declined to consider it.

Panelist David J. A. Cairns summed up his decision:

In the Panel’s view there is not an impermissible likelihood of confusion between the < .mail> gTLD and the Objector’s trademarks. The Panel decision is based on a consideration of all the evidence, and in particular on the following circumstances:

(i) the Objector does not have rights in any trademark identical with the applied – for gTLD;
(ii) the applied-for gTLD is a common descriptive word;
(iii) a trademark owner that incorporates a generic term into its trademark must bear the risk of confusion resulting from the use of the term in its generic sense, even by potential competitors;
(iv) although the Applicant has been reticent regarding its future business uses of the < .mail> gTLD, the word ‘mail’ has functional applications in relation to the provision of online communication services of the kind proposed by the Applicant;
(v) the risk of confusion is limited, likely to be temporary, can be further reduced by the good faith of the Parties, and can be monitored by the Objector in accordance with its legal options in the United States or elsewhere;
(vi) the Panel considers that the Objector’s allegations of confusion on the basis of consumer assumptions relating to security or confidentiality or through the possible fraudulent use of the .mail gTLD are not supported by the evidence.

Two other applicants for .mail have already withdrawn their applications. The USPS has for remaining objections to .mail, including Google’s application. It will surely lose them all.

“Cloud” is not a community, new TLD panelist rules