Company hand registered one domain and acquired the other. 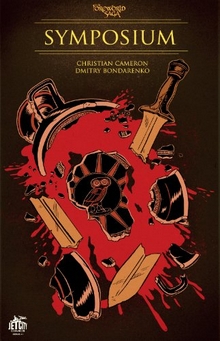 Amazon.com’s publishing division acquired the domains for its new Jet City Comics imprint in March. Symposium is one of the first releases under the imprint.

Amazon.com hand registered the JetCityComic.com domain name in March. At the same time it acquired the plural version JetCityComics.com from a Grandview, Washington man. Both domains merely forward to a Jet City Comics specific page on apub.com.

Jet City is a common nickname for Seattle, so it’s no surprise that JetCityComics.com was registered (as are domains such as JetCityPizza.com, JetCityImprov.com, etc).

Many domain investors pay attention to who owns similar domain names, especially when they get an purchase inquiry. This is a reminder that ownership remains fluid, and you should always recheck similar domains win responding to inquiries.