Company that lost UDRP in May files cybersquatting lawsuit. 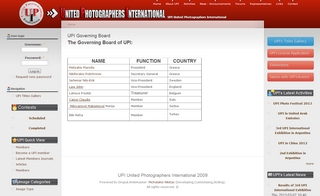 United Press International, commonly known simply as UPI, has filed an in rem cybersquatting lawsuit (pdf) for the domain names UPIPhoto.com and UPIPhoto.org.

The company lost a UDRP for upiphoto.com in May. A World Intellectual Property Organization ruled that the registrant of the domain, which goes by the name United Photographers International, had legitimate rights or interests in the domain and had not registered the domain in bad faith. It also barred UPI’s claims on the basis of laches.

The owner of UPIPhoto.com did not respond to the initial complaint. UPI claims it has received no responses to cease & desist letters.

UPI did not file a UDRP against UPIPhoto.org.

UPI owns the domain name UPIPhotos.com, which it forwards to a section of the UPI.com web site where it sells photos.