Company fails to provide enough evidence to panel to convince it to hand over WiiU.com domain name. 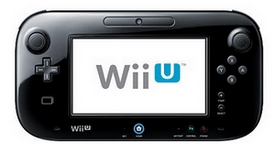 The World Intellectual Property Organization just posted the text of a decision finding against Nintendo in its bid to get the domain name WiiU.com.

Nintendo argued that the respondent “registered” the domain on September 15, 2012. The respondent countered that it had actually registered it in 2004, and that although the registrant name changed multiple times, it was always on behalf of the same registrant.

The respondent also claimed that it didn’t derive cost per click revenue from the parked domain, and any cost-per-click advertisements appearing on the landing page were placed there automatically by the Complainant’s (sic) registrar.

This is somewhat surprising. Before the dispute was filed, the nameserver pointed to impire.com, which is owned by the same person who claims to own Wiiu.com. It looks like shortly after the dispute was filed, the registrant moved the domain name to SmartName’s nameservers, which is now showing ads related to Nintendo Wii products. Archive.org screenshots from before the dispute seem to me to show SmartName parked pages as well, and even a mini site dedicated to WiiU.

The registrant’s identity has been largely shielded by whois privacy services over the years.

The World Intellectual Property panel ruled that Nintendo didn’t prove its case, but noted a couple times that UDRP is an “expedited administrative proceeding without discovery”. It seems that perhaps the panelist didn’t buy the respondent’s story in its entirety, but Nintendo couldn’t put together a strong enough case without discovery to win.