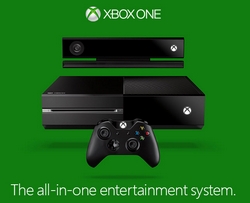 Over 1,000 XBox One related domain names were registered in .com alone yesterday. To be sure, some of those registrations were by Microsoft itself. But the vast majority were by other parties hoping to capitalize on the latest video game system in the XBox franchise.

Some will park the domains, others will create fan sites, and of course others will be used for scams.

People registered a number of domains related to the console itself, as well as popular games that will come to the XBox, such as XBox1Halo.com and CallofDutyXBoxOne.com.

The owner of EvilControllers.com, a site that sells modified game controllers, registered 13 domains related to mods including XBox1ModdedController.com, XBoxOneModz.com, and XBox1RapidFire.com.

Where do you want to buy your XBox One? A North Carolina man registered 18 domains in the format of XBoxOne-StoreName, such as XBoxOne-Kmart.com, XBoxOne-Amazon.com, and XBoxOne-BestBuy.com.

One person is even betting the next XBox console will be called XBox Two. That doesn’t make much sense to me, but a New Hampshire man registered 17 domains including XBoxTwoRumors.com and FreeXBoxTwo.com.

When the latest XBox service is inevitably hacked, someone using a whois proxy service is already prepared with XBoxOneHacked.com.

Cybersquatters are a creative bunch.

[Update: Microsoft has apparently already started filing UDRP’s against XBox One domains, although none have been published yet.]

(Thanks Lean Domain Search for your help.)