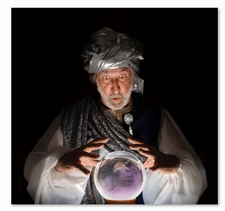 Back in March Domain Name Wire’s crystal ball picked up on Levi Strauss’ plans to buy naming rights to a stadium.

Domain Name Wire’s crystal ball couldn’t figure that out, but reader Page Howe did. Howe suggested that the San Francisco company would buy naming rights to the 49ers new stadium in Santa Clara, and recently the naming announcement was made.

The crystal ball has been hard at work lately. Last month it predicted that 20th Century Fox was going to be renamed to 21st Century Fox.

What major business announcement is next? Pay close attention to the crystal ball of domain registrations and you might find out.