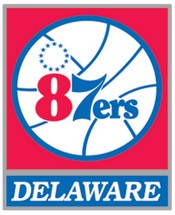 Yesterday the Philadelphia 76ers NBA team announced that it acquired the operating rights for a team in the National Basketball Association Development League.

The team will play in Delaware and be called the Delaware 87ers. Their nickname will be the “Sevens”.

Just how long have the 76ers been working on acquiring the rights to this D-league team?

Well, on November 26, 2012 they registered the domain Delaware87ers.com.

They then worked to acquire the nickname as a .com. Sometime between December 12, 2012 and January 3, 2013, the team bought the domain.

The seller? Warren Royal, who you may have met at a domain conference.

Although Royal is a domain investor, he’s also taken development to the next level. He has a business selling bobbleheads that is hosted, naturally, at Bobbleheads.com. You can read more about Royal in this DNJournal cover story.

What domains the NBA and 15 others bought this week