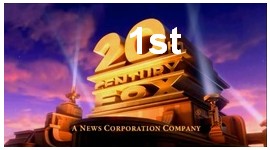 Last week I scooped that 20th Century Fox would be changing its name to 21st Century Fox thanks to some domain name registrations.

One of the big questions remaining questions is how the company will get the domain name 21stCenturyFox.com, which was registered in 1997.

Well, the company has turned to UDRP to recover some domains related to 21st Century Fox – but it’s not for 21stCenturyFox.com (at least yet).

The company filed a complaint against Brando Bronzino of Hollywood over six domain names:

All of the domains were registered February 25, which suggests that Bronzino may have figured out (or guessed) the name change ahead of time.