If you ask the typical person on the street what Go Daddy is about, they’ll probably say something about sexy Super Bowl commercials.

Last year the company decided to change that image and show people that it was a serious tech company. It advertised its tech prowess on various blogs and hired ad agency Deutsch to produce new commercials, culminating in the Bar Rafaeli “kiss” commercial during the Super Bowl. 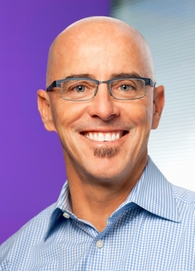 This certainly raised awareness about what’s powering the world’s largest domain registrar and shared hosting company. But it’s moves that Blake Irving has made in his first 100 days as CEO of the company that have done the most to raise the company’s street cred with techies.

Irving has hired a number of tech and product leaders from big name tech companies including Google, Microsoft, and Yahoo. He’s also set up offices in Silicon Valley and Seattle, and is making the Scottsdale office more like one you might find in Sunnyvale.

Although it’s not his primary goal, Irving’s moves are repairing the company’s image with many techies that associate the company mostly with SOPA and controversial advertising. In the tech community, his actions carry more weight than TV commercials do.

I find Irving’s quote in the company’s press release about opening a Seattle office indicative of his beliefs:

“The reason to join Go Daddy is simple … you can make a difference at a company that is hell-bent on changing the world…We have the opportunity to help small businesses in ways no one else in the space is doing right now. This is a chance to change lives in profound ways, to expand the world’s economy by empowering people to start, grow and successfully run their small businesses. I’ve yet to meet a great engineer or developer who doesn’t want to leave their mark on this world in a meaningful way.”

If you’ve ever been involved in crafting a press release then you probably know that the quotes are rarely crafted by the person they are attributed to. But after spending time with Irving in Phoenix last month, I believe this quote embodies what Irving believes is the opportunity Go Daddy has in front of it.

That goes a long way in the tech community.