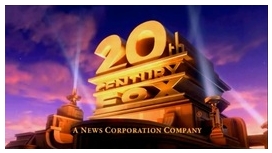 When 20th Century Fox (aka Twentieth Century Fox Film Corporation) was founded in the 1930s I’m sure it seemed like a great name.

But now that we’re in the 21st century, doesn’t the name seem a little old fashioned? Like Prince talking about partying like it’s 1999?

Although this isn’t necessarily indicative of a name change, the entertainment company recently registered names that will get it through the millennium. It registered:

Note that 23rdcenturyfox.com is missing. That’s because someone else registered it years ago. So perhaps this is just a defensive move.

The company also registered variants of these domains, such as TwentySecondCenturyFox.com.