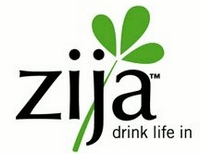 Zija International, a multi-level marketing company that sells nutritional and dietary supplements, has failed to get the domain name Zija.com through a UDRP.

The registrant of the domain name registered it in 2002, two years before Zija even existed.

He then used the domain name to forward to one of his web sites until 2006, which Zija threatened legal action against him. At that time, the respondent stopped using the domain but continued to renew it. Zija offered him $15,000 for the domain but he declined.

Six years later, in 2012, Zija decided to take another stab at getting the domain name. According to the panel’s decision, Zija’s attorneys wrote to the respondent and said they had “recently become aware” of the Zija.com domain name and demanded control of it. It followed up its threats by filing the UDRP in January 2013.

The panel found against Zija International, but declined to find it guilty of reverse domain name hijacking despite its “misguided and ultimately incorrect” belief that it could win the UDRP.

Some panelists are afraid to find RDNH