The amount of cybersquatting won’t increase much with new top level domains coming to market.

One of the biggest worries trademark owners have about new top level domain names is that they’ll have to fight more cybersquatting battles as a result.

But this one simple graph from WIPO shows that history tells us not to worry so much about it: 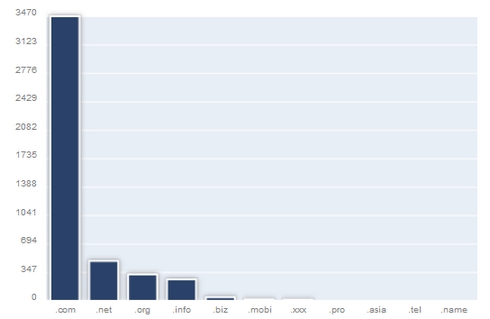 This graph shows the breakdown of gTLD UDRP filings at WIPO last year. As you can see, almost all the action is in .com.

Now, you can point out that there are a lot fewer .info and .biz domains registered, and that’s why the numbers are skewed this way.

Yet that also kind of proves the point.

Most of these new top level domains will be small.

If the domains don’t get much type in traffic (which they won’t) and aren’t in an identical field (like the oft mentioned example nike.shoes), there’s not much to worry about.

Should Nike worry about Nike.actor?

“But what if someone starts selling fake Nike’s on it?”

That’s no harder than selling fakes on nike.somefreehost.com. The consumer doesn’t really realize the URL they’re visiting most of the time. That’s why phishing attempts just use similar looking domains to trick people.

I’m not saying there won’t be more tracking and enforcement necessary in the new age of hundreds of gTLDs. But it won’t be the end of the world.