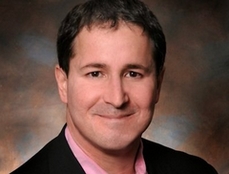 Warren Adelman is stepping down as CEO of Go Daddy, the company announced today.

He will remain with the company as Special Advisor for Strategy and Global Policy.

Adelman was promoted to CEO of the company in December when Go Daddy closed its investment round with KKR, Silver Lake and Technology Crossover Ventures. He has been with the company for nearly a decade, previously as President and COO. During that time he helped Go Daddy grow into the world’s largest domain name registrar and shared web hosting provider.

He will be replaced on an interim basis by Scott Wagner, a member of KKR’s portfolio operations team. Wagner has been working with the company for the past year helping it on its international strategy.

In an interview with Domain Name Wire today, Go Daddy founder and executive chairman Bob Parsons said Adelman decided it was time for a break.

“He decided he’d been working really hard,” said Parsons. “He’s one of the reasons the transition went as well as it did. He’s decided ‘it’s time for me to start having some fun’.”

(If he’s looking for a role model for having fun, Parsons says he is busy running his motorcycle dealerships in Arizona.)

Parsons said his own level of involvement with Go Daddy is unlikely to change do the the CEO transition. Parsons was CEO until Adelman took over last December.

“I’ve never been uninvolved,” Parsons said. “I talk to people on a daily basis.”

Parsons is unsure if the next CEO will come from inside or outside the company. Yet the company is talking to a number of high level individuals that it wants to bring on board for various roles as it transitions from a “frat boy in college” to a more professional business.

Adelman is the second high profile Go Daddy employee to make a change since the investment closed. General Counsel Christine Jones left the company in May.

2012 Impact Stories: changing of the guard at Go Daddy