Two companies in Boston handle the bulk of the domain name aftermarket.

I’m up in Boston for HostingCon, and spent my Monday visiting two of the largest and longest running domain name aftermarkets: NameMedia (Afternic) and Sedo.

The two are separated by just a fifteen minute drive, so it’s fair to call Boston the center of the domain name aftermarket.

My first stop was NameMedia’s office in Waltham. 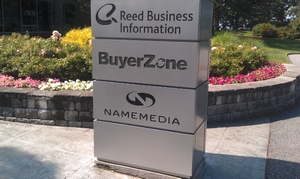 NameMedia’s office is your typical “suburban America” office building, complete with cubicles, corner offices, and a breakroom. But inside it millions of dollars worth of domain transactions pass every month.

The coolest thing at NameMedia is the sales floor. Not because it looks cool. It’s just a couple rows of cubicles. It’s what happens here that makes it cool. A team of close to 20 sales representatives field incoming calls from interested buyers all day, as well as respond to hundreds of leads submitted online. Most of these leads are generated from banners at the top of parked domain names. 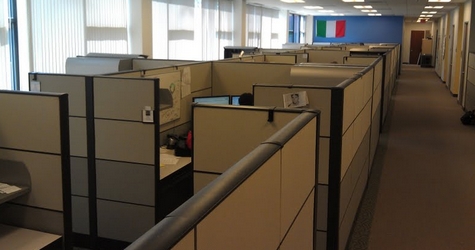 If your image of NameMedia’s sales process is just a few guys sitting around answering the phones, you’re wrong. It’s a sophisticated process. Every call and every lead is monitored by a sales manager. There’s just one goal: sell your domains.

Of course, much of this process has been automated in recent years with the advent of AfternicDLS and its instant transfer technology. But when someone doesn’t come across your domain at a partner or it requires negotiation, it takes a trained salesperson to close the deal.

In the afternoon I headed over to Sedo’s office in Cambridge. Sedo calls the fourth floor of a red brick building just off the MIT campus home. 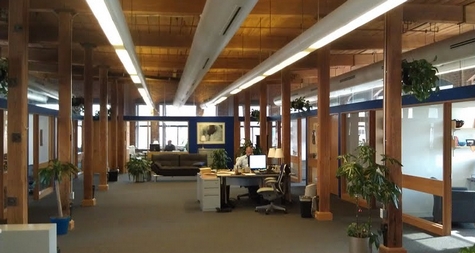 Sedo’s office in Cambridge looks like a startup. But the company, started as a college project in the 90s, was formally founded in 2001.

The interior — with its tall ceilings, open areas, and exposed brick — looks like a Silicon Valley startup’s digs. But you can no longer call Sedo a startup. It’s over ten years old.

Each office on the floor has a functional team. There’s the marketing office, brokerage/sales team offices, domain parking, MLS, etc.

There’s even an office for the transfer team.

Yes, Sedo has a group dedicated to pushing through domain name transfers. This is no small task given the number of country code domain names Sedo deals with. Perhaps it’s fitting that the transfer team gets a corner office.

There’s also a video conference room for the Boston employees to connect to their overseas colleagues, including those in Germany where the company was founded.

Which brings up something I noticed right off the bat when I entered Sedo’s office: the number and variety of accents. Sedo was founded in Germany and international transactions are one of its key differentiators. But German isn’t the only language the company’s employees speak. It has language experts to cover just about everything. I even bumped into the guy who gets involved whenever there’s a transaction conducted in Portuguese.

Visiting the NameMedia and Sedo offices helps put a face to two of the biggest domain name aftermarkets. These aren’t just web sites operated by a few people out of the basement of their house. It takes lots of employees and hard work to make the aftermarket flow so smoothly.