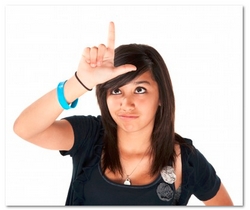 A Texas district court has filed an entry of default against Ville de Paris in a domain name squabble.

The case involves Parvi.org. The city of Paris won a UDRP case for the domain name in 2009. When Paris filed the complaint it agreed to jurisdiction in Texas for matters stemming from the dispute.

As Ville de Paris has done many times after challenging U.S. domain owners, it went AWOL as soon as it was challenged in U.S. court.

So now there’s a default judgment against Paris in a Texas court. The court has scheduled a hearing on September 14 to determine damages.

It’s worth noting that another Texas court awarded $100,000 in damages when DigiMedia won a reverse domain name hijacking case.

Could Walter ever collect a judgment?

It would be tough. But it’s worth noting that Ville de Paris is trying to enter into a contract with a U.S. company for the rights to run .paris.