The green domain space gets crowded. 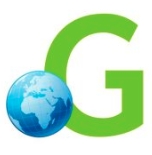 Competition to run the top level domain .green is heating up (and heating up is not a word revered by the green community).

DotGreen Community was the first company to announce a bid for the domain. It was founded in 2007 and started touting its plans for a .green domain name shortly thereafter.

After last week’s big “reveal”, I caught up with DotGreen Community, Inc. COO/CFO Tim Switzer to ask how he feels about facing strong competition for the domain name and how this may play out.

“We would have loved for there to be only one .green applicant and for it to be us,” Switzer admitted. “My biggest disappointment is it will likely delay .green being out there and doing what it can for the environment and the world.”

It’s possible that DotGreen Community brought the competition on itself by its visible branding and promotion of .green over the past few years.

“We’ve had people tell us ‘We love the way you are out there and creating a brand already, but gosh, are you sure you aren’t laying your cards out there for everybody to see?'” said Switzer.

But he adds, “I think what we’ve done over the past few years is a great head start.”

It may have given the company a head start, but competitors might also benefit from that.

“In the end it made folks notice us and say ‘They’re already doing some of the brand building for us,'” he said.

But Switzer says DotGreen Community wouldn’t have done things differently if it had to do it all over again.

After all, Switzer points out, corporations can be green, individuals can be green… you get the point. Switzer said applying as a community applicant may have also limited the use of .green.

“We welcome all shades of green,” he said.

Switzer thinks community applicants for other domains may face an uphill battle proving their community status because it would require so many written endorsements from groups around the world.

No applicants for .green claimed community status. One applicant for what could be considered a competitor, .eco, applied on a community basis.

Switzer thinks that applications for multiple environmental domains are a good thing. But he told me that obviously “Ye who gets out first probably has an advantage.”