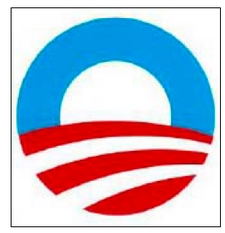 Obama for America has filed a second lawsuit against DemStore.com and Washington Promotions & Printing, Inc., which allegedly sell merchandise including the campaign’s “rising sun” trademark. (A quick look at DemStore.com confirms this.)

The suit (pdf) was filed in U.S. District Court, District of Columbia, on June 1.

Obama for American previously filed a suit against the defendants in October 2011. In January it asked the court to dismiss the case without prejudice.

The campaign says that DemStore.com’s sales of Obama merchandise hurt it on multiple fronts. First, it says sales of “rising sun” merchandise make up a significant amount of Obama for America’s revenue. Second, it says each time a supporter makes a small purchase on the BarackObama.com web site, it’s able to contact the customer’s contact information. It can then use that contact information to “reach out to that individual repeatedly to seek further donations…”

Celgene sues to get CellGene.com after trying to reverse hijack it first