Google has filed a UDRP against a 21 year old domain name: Gmai.com.

How could Google do such a thing? After all, the company was founded in 1998 and Gmail (of which this domain could be considered a typo) wasn’t created until 2004.

Well, have a look at the page you’re forwarded to when you type gmai.com into your browser: 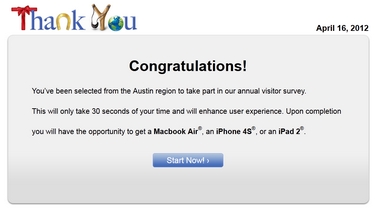 This misuse of the domain wouldn’t be enough to make the case a slam dunk if it weren’t for another factor: the domain appears to have changed hands last year. So it counts as a “new registration” in the eyes of UDRP.

It’s unclear who owns the domain right now. The domain is registered at ICANN accredited registrar BoteroSolutions.com S.A. There’s no whois link on its home page. There’s one inside the site, but it seems to call an external whois server. DomainTools can’t seem to connect to the company’s whois server, either.