SXSW 2012 Interactive kicked off on Thursday in Austin, Texas, with lots of “domain” attractions.

.Co – .co was a big sponsor this year, hosting numerous parties and sponsoring panels and giveaways. 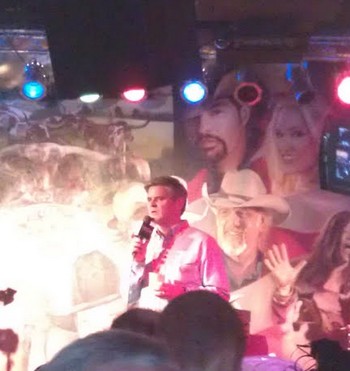 On Sunday .co rented a townhouse on 6th Street and invited companies using the .co domain to stop by.

.Co also made a big appearance in the Startup Bus competition. Half of the eight finalists used .co domains, including runner up BumperCrop.co.

.Net – .net (i.e. VeriSign) held a party Sunday night inviting people to give seven second pitches on just about anything. Or an excuse to drink beer, I believe.

.Net also has a booth and is promoting the site I highlighted recently, getyour.net.

SEO.com – Finally, there was a Mike Mann sighting at SXSW. Not Mike himself, but one of his companies: SEO.com. All I know about their presence is this SUV I passed on the road Saturday night. But it’s something. 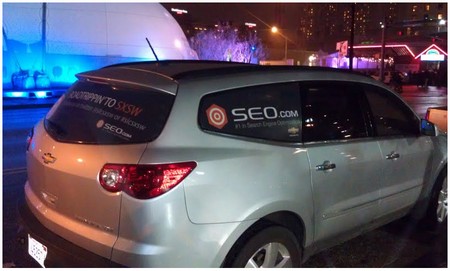