[Update: Pepsi won the case.] PepsiCo, Inc. has filed a complaint with World Intellectual Property Organization to get the domain name Bebsi.com.

This isn’t just a typo of Pepsi as it may appear. In fact, ‘b’ is far away from ‘p’ on the keyboard. Bebsi is actually an Arabic way of saying Pepsi.

Bebsi.com hosts a large forum, and one quick look at the forum will help you understand why Pepsi is going after the domain name: 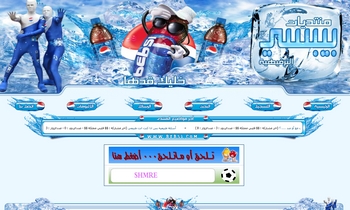 Google’s translator doesn’t do justice to the page, but it appears to cover a range of topics from women to family to tourism.

Pepsi has filed 40 UDRP cases before this one and hasn’t lost one. Its biggest win was for PepsiCola.com, which it won in a 2001 National Arbitration Forum case.