Seattle is one of my favorite cities. So when I heard that DomainTools was holding an open house Monday to show off its new office in Seattle, I knew I had to make the stopover en route to TRAFFIC in Vancouver.

DomainTools didn’t need a moving truck to get to its new offices; they are directly upstairs from the old digs. But it’s a big improvement. The former radio studio downstairs in the two story building wasn’t designed just for the company. Upstairs is a different story: a nice, open working space in the center, surrounded by a game room, kitchen, and offices and meeting rooms on the sides.

DomainTools’ Tim Chen said that the team did a lot of the work, such as wiring, by itself. That makes sense given that 13 of the company’s 15 employees are technical.

About 60-70 people came to the open house, including a number of DomainTools’ customers, employees, and advisors. Google’s Matt Cutts, who is in town for the SMX search engine conference, stopped by as well. 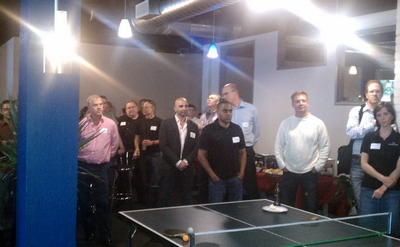 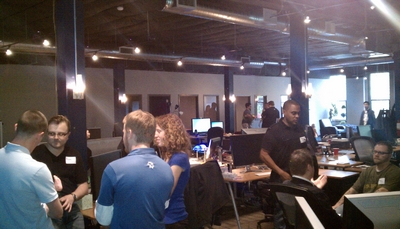 The main office area at DomainTools. 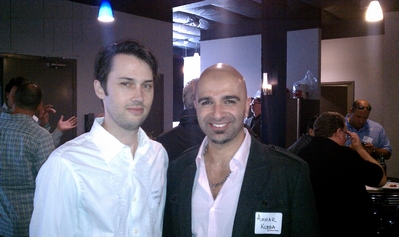 Spinning logos were cool on web pages in the mid-90s. Now they’re only cool if they’re real spinning logos, like this one designed by DT VP Susan Prosser’s dad.