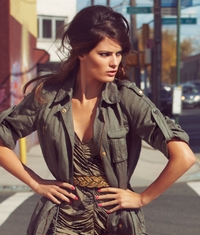 I’m so angry about losing this case!

French apparel designer Sandro Andy has lost a domain name dispute to get the domain name Sandro.com. The company will have to stick with its current Sandro-Paris.com domain name.

The company the complaint with World Intellectual Property Organization against Alessandro Balzarin of Frankentahl, Germany. Balzarin registered the domain name way back in 1997 because Sandro is a common nickname for Alessandro. In fact, the photographer has had many of his photos published in newspapers using the name “Sandro” instead of his full first name.

The WIPO arbitrator found that Balzarin had a legitimate interest in the domain name and that it was not registered and used in bad faith. The arbitrator declined to find reverse domain name hijacking, but did note some major weaknesses in Sandro Andy’s case:

In sum, though the Complainant ultimately did not prevail, the Panel concludes that it did not bring the Complaint in bad faith (even though the Panel notes that the Complainant has probably assessed too generously the brand recognition of the Trademark in other countries, particularly in Germany, bearing in mind that the Disputed Domain Name was registered in 1997 at which time no evidence was brought by the Complainant about its international or even national activities).