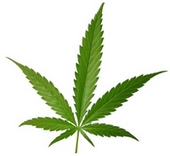 In December I wrote about how Altria, the parent company of Philip Morris, had filed a complaint to get the domain names AltriaCannabis.com and AltriaMarijuana.com. The company won the case at World Intellectual Property Forum against Daniel Cheng of Washington, D.C., and the domain names should be transferred to Altria’s possession shortly.

As I noted in the earlier article, the domain names each had web sites speaking out against the legalization of marijuana. But it turns out those sites weren’t posted until after Altria initially contacted the owner asking him to refrain from using the Altria marks. That might explain the hasty nature of the web sites, which each had links to both pro and anti marijuana legalization sites.

Now for the big question: what will Altria do with these domain names now that it owns them?