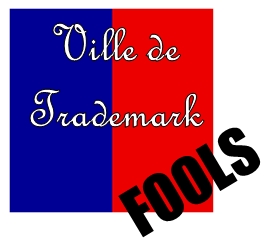 Ville de Paris — the City of Paris — has lost yet another domain name arbitration case.

At issue was Paris.tv. This isn’t the first time Paris has gone after this domain name. It sent two cease and desist letters to the owner of Paris.tv back in 2006. At that point, the owner of the domain name had enough and filed suit for declaratory relief under Lanham Act for Tortuous Interference with contract and defamation in the Southern District of New York. Paris then backtracked, suggesting the court had no jurisdiction over it.

Fast forward to 2009. After filing a number of UDRPs for domains including the word “Paris”, and getting sued in Texas court as a results, Paris went ahead and filed a UDRP against Paris.tv. It argued that it has a stylized trademark for “Paris”, and it has a video/TV segment on its Paris.fr web site, which might lead to confusion.

A three person panel found against Paris, ruling that Paris couldn’t rely on its stylized mark to go after anyone who uses a domain with “Paris” in it. Quite simply, the majority wrote “Complainant does not have exclusive world-wide rights to use the term [Paris].”

But what’s amazing is that one panelist dissented. And where is dissenting panelist Christiane FÃ©ral-Schuhl from? Yep. Paris, France. Once again, this dissent shows how laughable WIPO is as an institution. The fact that someone’s local ties to a city would cause them to go against ten years of UDRP principles is outrageous.

Not only did FÃ©ral-Schuhl find that the domain was confusingly similar to Paris’ mark, but also that the owner had no rights or legitimate interests in the domain name and it was registered and used in bad faith.