Results of survey for “most influential” person in domain industry. 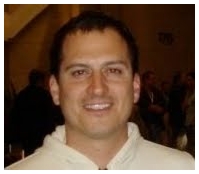 Mirror, mirror, on the wall. Who is the most influential of them all?

The answer is Rick Latona, according to the 5th Annual Domain Name Wire Survey.

The question of who has the most influence on the domain name industry is always controversial. I received a number of comments this year about what this question means. Can influence be only good? Can it be a company? Really, it’s up to you to decide.

But in the end, the race for “most influential” wasn’t even close. 50 people wrote in Rick Latona, who is quickly building an empire of domain name services. (You can read more about Latona’s story in this DNJournal profile.)

Some of Latona’s more popular services include his domain sales newsletter. He’s also active in the live domain name auction business and is running five of this year’s TRAFFIC conferences. Latona isn’t shy about his ambitions, and is willing to cut his losses when necessary. This past year he shuttered his AEIOU minisite service.

Of course, Latona isn’t the only one getting press in this industry. Here are other top picks, including the number of write-in votes.