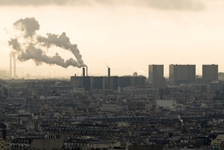 The not-so-pretty side of Paris.

For years, the City of Paris (Ville de Paris) has been waging a war on U.S. domain name owners. It has threatened owners of many domains, including Paris.com and Paris.tv, asserting exclusive rights to any domain that includes “Paris” in it.

More recently, it filed for domain name arbitration under UDRP against owners of several domain names, including WifiParis.com. The verdict on WifiParis.com just came in, and Paris lost. Beyond losing the instant case, Paris’ decision to file UDRP cases may have been a self-destructive move.

Paris goes after Paris.com and Paris.tv. To understand why Paris’ UDRP filings will cause a ripple, it’s important to understand the history.

For years, Paris has been sending out cease & desist letters in an attempt to bully domain owners into handing over their Paris related domains. A couple times the domain owners fought back. The owner of Paris.com filed a suit against Ville de Paris in US District Court in the Southern District of New York (where the registrar for the domain was located). And the owner of Paris.tv filed a suit in Virginia, were .tv registry VeriSign is located.

In both instances, Paris went silent after being sued. It rarely responded to lawyers’ correspondence. It also argued that it wasn’t subject to U.S. jurisdiction. In some ways, the strategy worked because nothing ever came of it.

The UDRPs. Fast forward to Paris’ recent use of UDRP to try to get the domain names Parvi.org, WifiParis.com, and Wifi-Paris.com. Paris won its case for Parvi.org in a disturbing decision where panelist Andrew Christie decided to ignore ten years of precedent and the actual language of UDRP regarding registration and use in bad faith.

But the owner of WifiParis.com prevailed, with the panel finding that Paris failed to prove any of the three elements required to win a UDRP. Paris based its complaint on trademark rights to “Paris”. (Surprisingly, the panel refused to find reverse domain name hijacking.)

In the WifiParis.com case, the respondent’s attorney John Berryhill explained Paris’ lengthy pattern of threatening U.S. domain owners and then disappearing when the issue is brought to U.S. courts:

Berryhill goes on to explain the previous cases for Paris.com and Paris.tv. Because Paris stopped replying to correspondence in those cases, Berryhill advised his client to not respond to demands for WifiParis.com. (Berryhill was also the attorney for the owner of Paris.tv.) In the case he also notes that Ville de Paris even lost a trademark case in French courts, and was fined for its actions.

Jurisdiction rears its ugly head. So Paris won one UDRP and lost another. It’s 1-1. Right? Well, remember something interesting about jurisdiction in UDRP disputes. When you file a dispute, you agree to jurisdiction for any future lawsuits over the UDRP-related matter in either the registrant’s jurisdiction or the registrar’s location.

Ville de Paris is sued, again. The owner of Parvi.org, Jeffrey Walter, is taking advantage of that. He filed a lawsuit (pdf) against Ville de Paris in United States District Court, Southern District of Texas. He’s suing for declaratory relief under the Lanham Act for Reverse Domain Name Hijacking, tortious interference with contract and economic advantage, and conversion.

Paris has been threatening Walter for years, according to the lawsuit. In one of its correspondences to Walter, it said it understood that Walter had not registered the domain name to create any confusion. This is at odds with Paris’ sworn arguments in the UDRP that claimed Walter had registered and used the domain name in bad faith.

Will Ville de Paris show up to defend itself this time? After all, its lawyer did sign a document saying it submitted to mutual jurisdiction in Texas. It’s also on the hook in Washington state, should WifiParis.com’s owner decide to sue.

Paris not stopping, yet. Here’s the kicker. Remember that dispute where Paris threatened the owner of Paris.tv, only to run away after it was sued?