Domain owner: pack that in your pipe and smoke it! 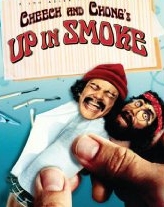 Did you ever think you’d see “Cheech & Chong” and WIPO in the same sentence?

I first wrote about this story back in September, predicting that the comedians would win the case. But it wasn’t as clear cut as I originally thought. As it turns out, Cheech & Chong first objected to the use of the domain name in 2004. In 2006, possibly after smoking a joint, they felt peaceful and acquiesced, letting the domain owner use the domain.

But then the comedians reunited in 2008 for a tour and wanted the domain name. They couldn’t work out a deal with the owner, so they revoked any license to use their trademark in the domain name.

Cheech & Chong still won the dispute despite at one point agreeing to let the respondent use the domain. But it wasn’t as simple as it may have been.