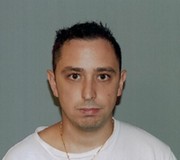 As far as theft is concerned, it doesn’t get much more intriguing than this. It involves the internet, intellectual property, the first arrest of its kind, and a celebrity. It’s a perfect storm and is shining light on one of the plagues of the domain name industry: domain theft.

Domain Name News broke the story yesterday about an arrest in the theft of P2P.com. That story has been featured on Slashdot and Techmeme. The New Jersey State Police also heralded the arrest, citing it as the first ever arrest for domain theft in the United States.

The stolen domain name P2P.com was later sold to Los Angeles Clipper forward Mark Madsen, which is giving the story a sports and celebrity angle.

Why is news of an arrest good for the domain name industry? It is shining a light on a problem domain owners contend with every day, which could result in more enforcement and global police cooperation when it comes to domain theft. In the past, if you tried to report domain theft to your local police office they’d look at you with a blank stare. Now you can just point to the New Jersey case to get their attention.