Domainers and lawyers aren’t the only people using DomainTools. 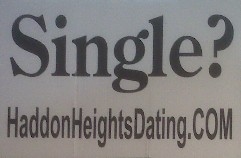 Domainers know DomainTools. Domain name lawyers certainly know it, too. But it can be helpful for all types of investigations.

Robert Moore of RJMetrics harnessed two tools within the DomainTools arsenal to uncover the company behind those yard signs you’ve undoubtedly seen in your city.

At first, Moore was frustrated to find that most of the domains he looked up were protected by GoDaddy’s privacy protection service. But he found a few that weren’t covered, and began harnessing DomainTools’ reverse IP lookup to find similar domains even when whois privacy was activated.

Once he had a list of over 8,000 domain names, he went hunting to figure out who was actually behind this massive street littering operation.

Moore pointed out that most big companies and operations like this don’t list a person’s name in the whois record (company name only) or they use whois privacy. But usually the founder of the company registered an initial domain name in his or her own name before realizing they should cover their tracks. They also don’t realize that someone such as DomainTools has already captured the whois information before they change it.

So Moore used DomainTools’ historical whois record search and hit paydirt: indeed, the founder had registered domain names in his own name early on.

You can read about Moore’s sleuthing on his blog.

Be Careful What You Believe Today…

An overview of the Seattle domain name circuit