The decision handed down through World Intellectual Property Organization (WIPO) under UDRP on June 2. In Carlson’s complaint, he claimed common law rights to the name “Tucker Carlson”: 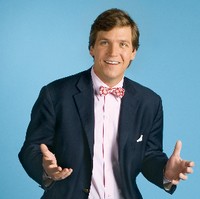 TuckerCarlson.com was registered in 2003. The domain points to a DomainSponsor parking page including links to “The Tucker Carlson Show” and “Tucker MSNBC”. The owner of the domain name used privacy protection to mask his identity.